Minden Day was very different in 1917

Thinking of this week’s commemorations of the Third Battle of Ypres, better known as Passchendaele, I was struck by this reference to commemorating Minden Day in 1917 which perhaps puts some of today’s issues into perspective.

“Battalion headquarters of the 2/5th Lancashire Fusiliers from Bury were at this time at Spee Farm, on the Black Line, and received very little warning of the approach of the German counter attack late on the 31st July.  Lieutenant Colonel Best Dunkley collected all available men and personally led them to the attack which succeeded in driving the Germans back.  It was at this time that the Commanding Officer was severely wounded and it also began to rain in torrents.

As there was no officer known to be alive or unwounded, it was the Orderly Room Sergeant, Sergeant F Haworth, took command of the survivors and organized a defensive position.  He brought the remnants of the Battalion out of the line at about 0900hrs the following day which was the 1st August, Minden Day.  Minden Day was spent in great discomfort in a position appropriately called Bilge Trench where, in spite of heavy rain, the survivors wore roses on their helmets.

Of the 19 combatant officers who went into action, three had been killed, 2 so severely wounded that they later died of their wounds, 11 wounded and 2 missing, a total of 18 casualties.  Out of 593 other ranks, 473 were casualties.

Lieutenant Colonel Bertram Best-Dunkley died of his wounds on 7th August and was awarded a posthumous Victoria Cross, the second but not the last to be won by this Second Line Territorial battalion.”

“I welcome feedback from anyone in the Fusilier family.  Whether it’s your experience at the sharp end, ideas for the Regiment or issues you don’t feel are being sorted, let me know at [email protected] “

Ex Fusilier Andy Barlow GM shows what can be done Welcome back to the Regiment ! 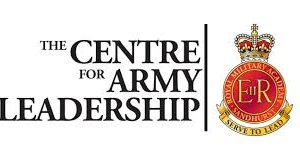