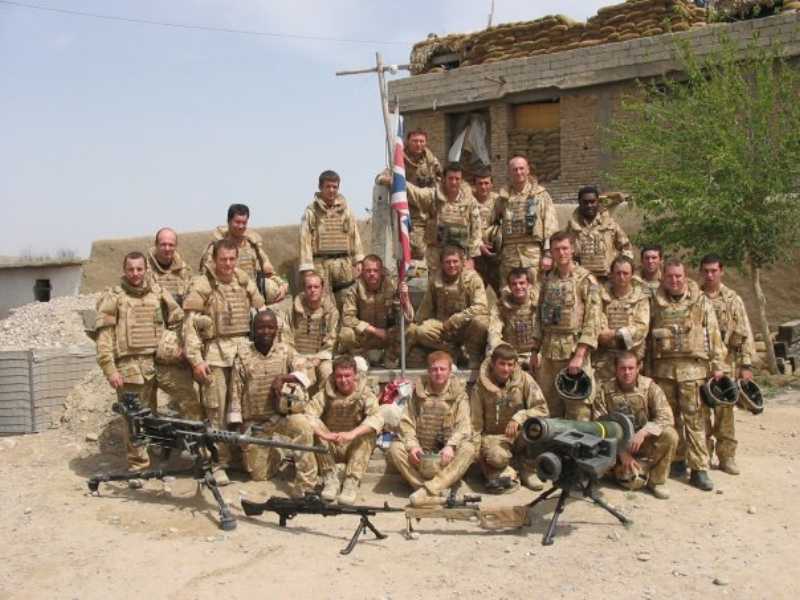 Operation GRANBY was the operational name given to the British military operations during the 1991 Gulf War whose aim was to liberate Kuwait after the Iraqi invasion in August 1990.  In all 53,462 members of the British Armed Forces were deployed during the conflict.

The Third Battalion, the Royal Regiment of Fusiliers deployed on Operation GRANBY from its barracks in Deilinghofen, Germany in the autumn of 1990 and by New Year’s Day were complete in Saudi Arabia.  On the 17th January 1991, following the Iraqi refusal to comply to the United Nations deadline to withdraw its forces from Kuwait Operation DESERT STORM begun with the Air campaign.  After intensive build up training, the Land Campaign began on the 24th February and by 0800hrs 28th February was complete with the Iraqi agreement to a ceasefire.  During the 97 hours of the Land battle the Fusilier Battlegroup had advanced 350 kilometres from the Saudi border to the northern approaches to Kuwait City.

During Operation GRANBY six Fusiliers were killed alongside three Privates from the Queen’s Own Highlanders, who were attached to C Company in a ‘friendly fire’ incident.  A further Fusilier was killed whilst training immediately after the cessation of hostilities.  Subsequently the Regiment was awarded the battle honour ‘Gulf 1991’ which appears on the Regimental Colour. Operation TELIC

Operation Op TELIC was the operational name under which all the United Kingdom’s military operations in Iraq were conducted between the start of the Invasion of Iraq on 19 March 2003 and the withdrawal of the last remaining British forces on 22 May 2011.  The bulk of the mission ended on 30 April 2009.

The First Battalion, the Royal Regiment of Fusiliers deployed on Operation TELIC in February 2003 as part of 1 (UK) Armoured Division which was involved in operations in southern Iraq around and in the city of Basra.  They were instrumental in the capture of Basra and then the subsequent stabilisation operations.  Following the defeat of Iraqi forces and the removal of Saddam Hussein, the Coalition Forces continued to mount stabilisation and support operations in Iraq until 2011.  The First Battalion conducted a further two six-month deployments in 2005/6 and in 2008.  The Second Battalion also deployed company sized reinforcement groups whilst based in Belfast and Cyprus between 2005/8.  During Operation TELIC four Fusiliers were killed and there were numerous injured.

It should not go unmentioned that many officers and soldiers from the Regiment, both Regular and Reserve, deployed as individual reinforcements to other units and HQs on many occasions throughout Operation TELIC.  Subsequently the Regiment was awarded the battle honour ‘Iraq 2003’ which appears on the Regimental Colour.