The Mercers’ Company confirm their support for Fusilier 50

The Mercers’ Company has pledged its support to the Royal Regiment of Fusiliers during our Fusilier 50 commemorations this year.

The Fusiliers have enjoyed a long standing relationship with the Mercers’ Company dating back to 1957 when they decided to form an association with the 1st Battalion Royal Fusiliers (City of London Regiment). Since then, the Company has continued to support the Regiment beyond our amalgamation in 1968.

The Mercers’ is the Premier Livery Company of the City of London and is responsible for a ‘family of charities’ as the corporate Trustee. Their philanthropic work covers a range of charitable objectives through three main programmes:

The organisation is also a big supporter of the Armed Forces within the UK and have specific links to all three armed services.

“2018 is a major milestone for the Regiment and an extremely important year for all of us so we wanted to create a programme of special events which would be varied and appealing to the wider Fusilier family. This of course includes our valued supporters of which the Mercers’ are one of many. The support we have received from The Mercers’ Company over the years has been truly amazing and we are extremely grateful and proud to have such a strong affiliation with them. We thank them for all their support and encouragement especially in our anniversary year and we look forward to celebrating this major milestone with them.”

“The Mercers’ Company is very proud of its links to the United Kingdom Armed Forces and is delighted to be supporting the 50th anniversary celebrations of the Royal Regiment of Fusiliers. Along with the rest of the country we are hugely appreciative of what the Regiment does on the nation’s behalf and very pleased that we are able to help them mark this significant moment in their history. The Company is very much looking forward to welcoming The Fusiliers to Mercers’ Hall in April.”

Since the relationship began the Mercers’ have been extremely supportive of the Fusiliers. Examples include financial support during the Afghan conflict which enabled the regiment to purchase a welfare mini bus and  annually the Mercers’ support both the Regular and Reserve battalions with very generous grants to support both our soldiers and their families.

A message from our Colonel in Chief

We know the current times may be hard financially, but… Read More 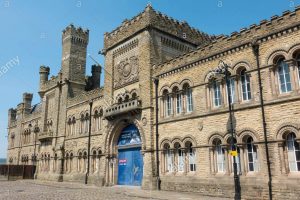